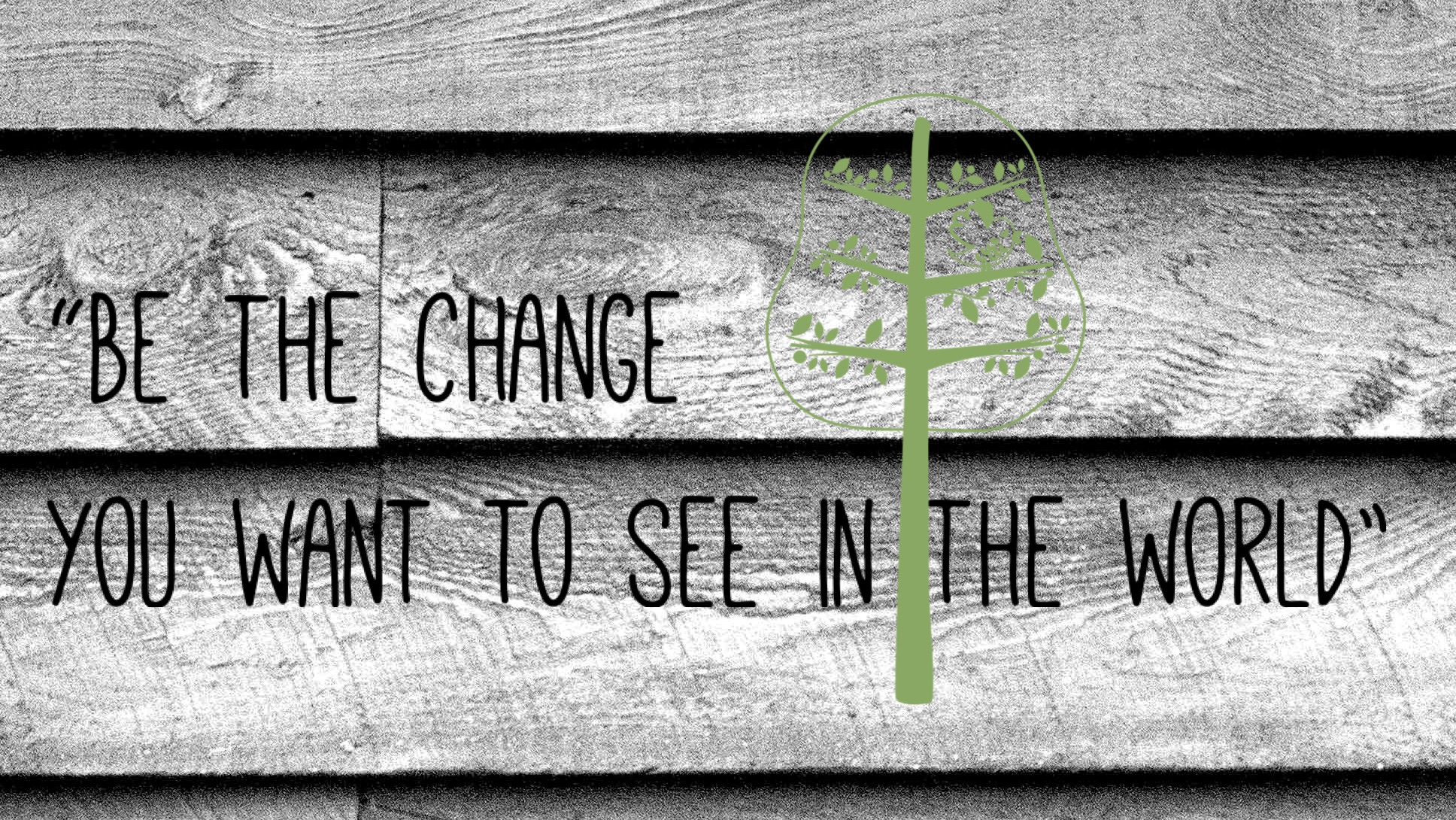 A mom’s take on this quote and how I apply it practically in my day to day life
When did this quote first come into my life?
When I was a junior in high school I won a leadership award. There was a male and a female winner. The winners got to go on a scholarship to a camp that summer in 2012. It was the National Leadership Conference held by the American Youth Foundation in Miniwanca, Michigan. I was completely terrified to go, my mind was racing saying ‘You’re not going to know anyone’. Little did I know, on that long bus ride up to Miniwanca I would learn and become more confident in myself, in my people skills, and in my ability to be a wise leader. As part of one of our workshops we were given this little card that said “Be the change you want to see in world.” I’ve kept that card and its been in my mirror ever since. I just haven’t really known how to apply it until now.
How it has affected me:
Recently, I have been affected my some shows and documentaries I’ve watched, I will do more blogs on those and how they inspired me to change. But just a couple nights ago I saw Tomorrowland. What a good movie! The part that really made me actually step back and think was the part when Governor Nix, played by Hugh Laurie, gave his speech on the end of the world. I know it sounds crazy, but just listen to it. Go on, I’ll wait 🙂 Watch Video Here

When I saw this I thought what a perfect thing to go with this blog! Now, I know that we do not know the day or the hour of when the world will end, and guess what? That’s not the point! The point is that humanity is suffering, our planet is hurting, and no one really cares. It’s the mentality of ‘It doesn’t affect me and all I’m going to do is die so who cares?’ It doesn’t matter your religion, we were put on this earth to be stewards of it. So how do we do it? I can get overwhelmed when something is presented to me on a large scale…such as the world. I have to break things down to be more personal to me. One thing that has been a passion for me for years is to be more environmentally friendly, and that’s been renewed for me in the last few months. Now, what does that look like practically in my everyday life?
Here’s an Example:
First: Get a notebook or open up Word document on your computer
Second: Make a list of things that you want to see change in this world. (For me they include: climate change, global warming, less waste, more natural less chemical, more love to humanity, less war. Better treatment of animals in the food and beauty industry.)
Third: Use the things on that list as headings on the next page and list just a couple steps you can take to make them happen under each heading. For example, from my notebook:
Less Waste:
1. Make a recycling system.
2.Make a composting system.

I believe the things Hugh Laurie’s character says in that speech really are true in today’s society. Sadly. But I think that people would be more willing to act on what they want changed and would help more if they had a practical guide to help them through. Also, I believe it really helps a person when they came up with their own plan themselves. I have pictured below my lists that I made in my notebook, feel free to copy or use these in your life. I know, and you know, that we can’t change the world in a day, but you can help encourage it. Encourage change for the better in your home and on social media. Try to make it ‘cool’ to be environmentally friendly. You can lead others to change by what you do. Others will see and they will follow. 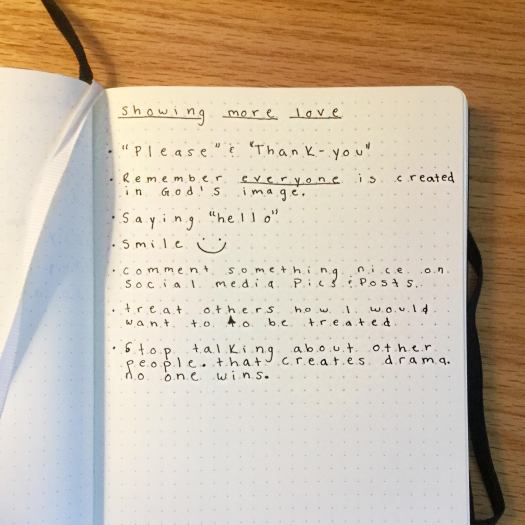 Conclusion:
Now, I am not a major leader in most ways people would think of. I’m not a boss in a company, I’m not a teacher in a school, and I dont have a major following of people looking up to me. I am a leader in the ways of I’m the boss of my home (of course Nate and I are partners in all aspects execpt for house managemnet, that’s my area )… ( and no, he isn’t sexist). I will be my son’s teacher. I will teach him how to have manners, how to live his life to his fullest potential , and how to have good values and skills. Now, I do have a social media following… No I’m not by any stretch one of those intsa famous people who have a million followers kind of following, I’m talking about 300 people who, whether they like to or not, see what I post on their news feed every day.
I have influnce in my life. Just like you. How will you use it? My goals in life are to make a bigger list and to do everything on my list. I want to keep doing these everyday habits of change. I want my life to reflect the change I want to see in the world.
Blessings,
Halyse G.

There was an error retrieving images from Instagram. An attempt will be remade in a few minutes.